Beauty and the Feast: an Oahu Circle Island Tour

Take in the spectacular coastline and mountains of Oahu, visit world famous surfing beaches, behold the awesome views from Na Pali Lookout and stroll the charming north shore village of Haleiwa, all while sipping and sampling some of Hawaii’s best local delicacies.

By the time you step off our luxurious vehicle, you’ll have taken in some of the world’s most beautiful scenes and vistas, and experienced the meaning of some of our favorite local sayings like:

(And while you’re at the North Shore, ask our guide to explain “Eddie Would Go”.)

The Beauty and the Feast Oahu Circle Island Tour Itinerary

Nu’uanu Pali Lookout – Breathtaking ocean& mountains views await while you learn the fascinating history. Named “Pali” meaning “cliff” in Hawaiian, the Pali Lookout is the site of the Battle of Nuuanu, where in 1795 King Kamehameha I won the struggle that finally united Oahu under his rule. This fierce battle claimed hundreds of soldiers’ lives, many of which were forced off of the Pali’s sheer cliffs.

A visit to the Tropical Macadamia Nut Farm, which began as a roadside operation in 1987. With Kamehameha Highway in the fore, and the Pacific Ocean at its back, Steve and Chrissy Paty set upon an adventure that is ongoing after two decades. Cracking, sorting and packaging at night, the days were filled with children at the hip and the selling of fresh macadamia nuts from the hood of their car.

Choose from any of their signature entrees: butter garlic shrimp, spicy garlic lemon shrimp or coconut shrimp. Non-shrimp and vegetarian options are available. Lunch is included. 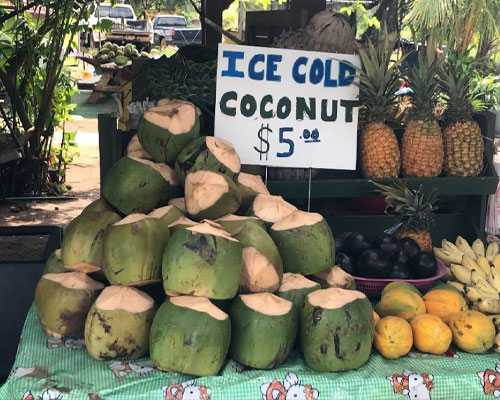 Known for its fried local banana!. This year marks their tenth year of “pizza bakin’ jelly makin’ smoothie servin’ garden growin’ tractor ridin’ fun”! This place is as cute as it sounds and uniquely North Shore. 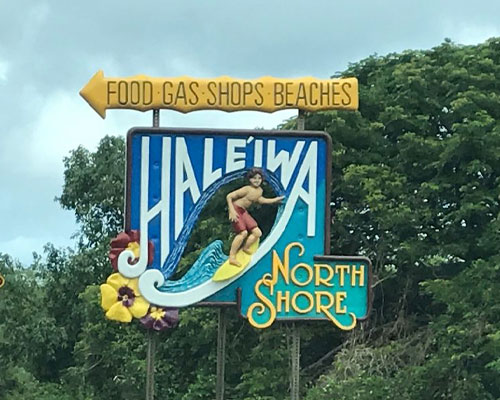 A visit to historic Haleiwa Town, famous for surfing, shopping and shave ice! Stroll the town and take in the North Shore ambiance and flavors- ask your guide his or her recommendations! 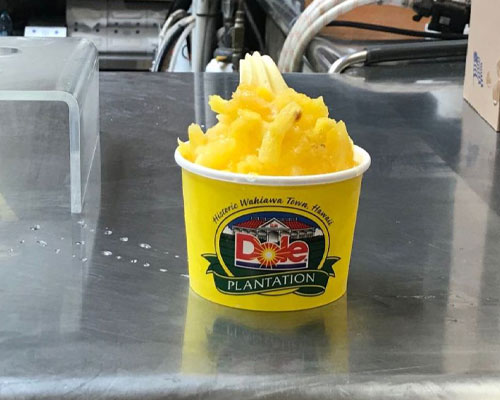 We finish our day at the one and only Dole Pineapple Plantation – home of the original “Dole Whip”. Originally operated as a fruit stand beginning in 1950, Dole Plantation opened to the public as Hawaii’s “Pineapple Experience” in 1989. Today, Dole Plantation is one of Oahu’s most popular visitor attractions and welcomes more than one million visitors a year.

No comments to show.

Count on Fly Shuttle to get you where you need to be so you can enjoy the island life!